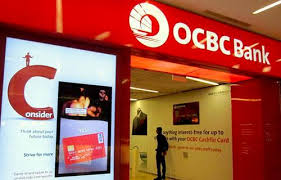 The partners are understood to be gunning for one of the three wholesale digital banking licences offered by the Singapore regulator.

OCBC has historically been active in the small-and-medium enterprise (SME) lending space, and it is expected that this move could root its position in this segment. BT understands that the Singapore lender is expected to take an equity stake at this point, rather than open up its balance sheet to offer lending directly.

At a separate press briefing in October, OCBC’s chief operating officer Ching Wei Hong said the bank is “actively chatting” with potential partners as it mulls a digital banking licence in Singapore.

Should OCBC decide to dip its toes into the digital banking scene, the bank will face direct competition from its own digital entity, BT reported in October. “We have to accept that there will be cannibalisation. But on the other hand, the mothership should also be in a position to go out and compete,” said Mr Ching during the press briefing.

In a Sept 25 report, CGS-CIMB wrote that it “strongly believes” OCBC will be part of a consortium bidding for a digital banking licence.

“In the local sphere, DBS and UOB have rolled out standalone digital banks in regional markets and have stepped up their efforts in digitalising processes,” said analyst Andrea Choong in the report. “OCBC is a laggard in this respect, but we strongly believe it will be part of a consortium in the run for a licence come end-2019.”

The bank is also active in the Asean region, with its key markets in the region being Indonesia, Malaysia, and Singapore. Its fourth key market is Greater China, where it also connects Chinese corporates to investment opportunities in Asean.

Meanwhile, Vertex-backed Validus Capital earlier this year raised US$15 million to expand into the region. It is currently in Singapore and Indonesia, with more markets on the way, and has matched more than S$300 million in loans through its platform since it started in 2015.

OCBC and Validus declined to comment. A Keppel spokesperson said: “We are always exploring opportunities and will make an announcement if there are any material developments.”

Keppel, though Konnectivity – a joint venture between Keppel and Singapore Press Holdings – controls telco operator M1 Ltd. Telco operators are looking at digital banking as a means to tap on their fertile base of mobile-phone users.

The major offshore-and-marine player can also refer its smaller vendors to Validus’ unique model of lending to SMEs that work with top corporate customers.

Validus had earlier told BT in a separate interview that it works with several large corporates in Singapore, including large shipyards and the country’s largest logistics and transport provider, to match the pool of vendors that hold contracts with these blue-chip firms with financing.

These large corporates want to ensure that their small contractors and suppliers have adequate financing to complete projects on schedule. In effect, Validus is looking at the top corporates’ risk profile – which tends to be lower than the small vendor supplier – to give the SMEs a lower borrowing rate.

Validus matches funds from accredited and institutional investors on its platform to SMEs that need loans, and earns a fee from matching loans to these small businesses.

Digital wholesale banks take deposits from SMEs and other non-retail segments. The application for a wholesale bank licence is open to both Singapore and foreign players. For such applicants, the minimum paid-up capital is S$100 million. They cannot take Singdollar deposits from individuals, other than fixed deposits of at least S$250,000. But they can open and maintain business deposit accounts for SMEs and corporates.

By the end of this year, the Monetary Authority of Singapore (MAS) will round up all the applications, and by the middle of next year, award the licences. The new digital banks are then expected to start their operations by the middle of 2021.

The regulator also made it clear that any digital banking applicant that shows a “consistent” loss-making trend will not qualify. The applicant must provide a five-year financial projection of the proposed digital bank, showing a path towards profitability.