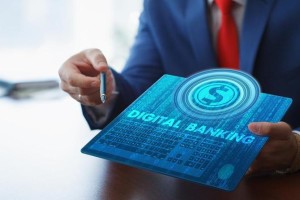 The Bank of Israel is green lighting a new digital bank — the country’s first new financial institution in decades.

The digital bank is led by entrepreneurs Marius Nacht of cyber security company Check Point Software Technologies, and Amnon Shashua of autonomous driving developer Mobileye NV. Set to launch in a year and a half, it will provide credit and brokerage services to retail customers.

“This is an important day after many years, decades,” the central bank’s Supervisor of Banks Hedva Ber said in a phone briefing, according to Bloomberg, adding that the bank’s founders will “lead a change in the market.”

The move comes as the country is working to boost competition in the banking sector, including lowering capital requirements and making the approval process easier for new banks.

Israel has also become a popular breeding ground for tech startups, with Facebook announcing in August that it was launching a “Playground,” offering cutting-edge facilities for promising startups, including workshop spaces, meeting rooms and media production studios. It aims to serve as a bridge between Israeli startups and global customers and between traditional businesses and innovators.

“Israel is a startup nation, second only to Silicon Valley, with the highest density of startups in the world,” Facebook COO Sheryl Sandberg said at the time.

The Israeli startups participating include personalized financing firm ChargeAfter; cross-border payments firms Mesh; and Zooz, which was acquired by PayU and provides online payment methods to over 300,000 retailers.